Litecoin is a curious cryptocurrency. It’s one of the oldest cryptocurrencies, having launched as far back as 2011. For years, it was one of the biggest tokens in the market and a viable investment for those seeking an alternative to Bitcoin. However, it has since fallen from such heights and currently ranks 17th at a $9 billion valuation. It rarely grabs headlines and has fallen behind on smart contracts, DeFi and NFTs. Is Litecoin still a viable investment or is there better value elsewhere?

The silver to Bitcoin’s gold

Litecoin was launched by Charlie Lee, an Ivory Coast-born and MIT-schooled engineer who worked for years at Google. It was his second cryptocurrency, with the first, known as Fairbrix, which was modeled after Bitcoin, failing.

Litecoin was modeled after the core Bitcoin code. However, Lee made some major adjustments that he believed would make Litecoin more attractive, especially to those seeking to make small payments over the Internet. For one, the cryptocurrency has four times the supply cap of Bitcoin at 84 million.

Lee has always advocated for Litecoin as an alternative to Bitcoin, and not a competitor. However, this hasn’t panned out all that well. Litecoin has become one of the cryptocurrencies whose market performance is so closely tied to Bitcoin’s.

And it’s not just the price, Litecoin’s adoption seems to go in tandem with Bitcoin’s. Often, when a company adopts cryptocurrency payments, it lists Bitcoin and almost always Litecoin, such as AMC Entertainment recently did. This is not a criticism for Litecoin – if anything, it has helped put Litecoin on the radar for many. But this is in stark contrast to Lee’s gospel of Litecoin being the alternative to Bitcoin for small payments.

Litecoin has, to its credit, made a couple of moves that differentiate it from Bitcoin. In 2018, the Litecoin Foundation acquired a 9.9 percent stake in a German bank known as WEG Bank AG. At the time, Lee claimed that the foundation would work to integrate Litecoin with the bank’s services, availing the cryptocurrency to many.

But this is a stretch. Even if the German real estate industry turns to a cryptocurrency, it’s most likely to go to Bitcoin and Ethereum, or even the so-called Ethereum killers before Litecoin.

Surprisingly, despite sliding down the market cap charts, Litecoin’s active address count has been one of the highest in the market in the past year according to data provided by the Litecoin Foundation director Jay Milla. The data shows Litecoin’s numbers at an eye-catching 451,000, more than twice the number of Cardano’s ADA addresses. This figure is also 7 times higher than DOGE addresses, although this comes as little surprise given that an overwhelming majority of DOGE is controlled by a few whales.

Let’s clear this up now: Litecoin activity has been on a the rise for well over a year! Our goal is adoption and the metrics are clear.. Charting $LTC active addresses shows who’s who. #Chikundinner #Litecoin #LitecoinFAM #Evidence pic.twitter.com/LHcqHg9Vem

Litecoin’s challenges are twofold – there are those that arise from within like its scandals and there are those from the larger ecosystem, like the rise of DeFi and NFTs which has led to the rise of competing projects like Polkadot, Solana, Cardano and even Avalanche.

The latest scandal is the Walmart debacle. A press release was published on GlobeNewswire claiming that Walmart had adopted Litecoin for payments. The retail giant would later come out to deny the links. To date, the publisher of the fake press release is still unknown, but the Litecoin Foundation has denied links.

Nonetheless, ‘someone working for the foundation was fooled’ into retweeting the news via one of its Twitter accounts, at least this is what Lee told the media. “This time, we really screwed up,” he acknowledged, revealing that there had been no contact between the foundation and Walmart.

Lee was at the center of yet another controversy in late 2017. The engineer decided it was a good idea to sell all his Litecoin “to concentrate on the project’s development.”

“I sold because holding LTC made it a situation where I may do something to pump the value short term. but is bad for the long-term success of Litecoin. I didn’t want that conflict,” he explained.

This didn’t go down well with the LTC community. Many accused him of dumping on them, made worse by the fact that he sold just after LTC hit a then-high at $375.

It’s fine for a pure investor to decide something is worthless and sell without notice. But someone who continues to work in a sector while surreptitiously taking financial exposure to zero doesn’t look good. Not illegal, just less than forthright.

There’s also the issue of Lee leaving Coinbase just one month after Litecoin got listed on the American exchange, which some also raised their eyebrows at.

For other projects which have a ton of developments going on, such as Ethereum, such scandals would fly under the radar. But for Litecoin, they have come to define it in part. Luke Conway, a blockchain analyst, believes that one more scandal of the Walmart magnitude “could diminish the reputation Litecoin has worked so hard to build.” 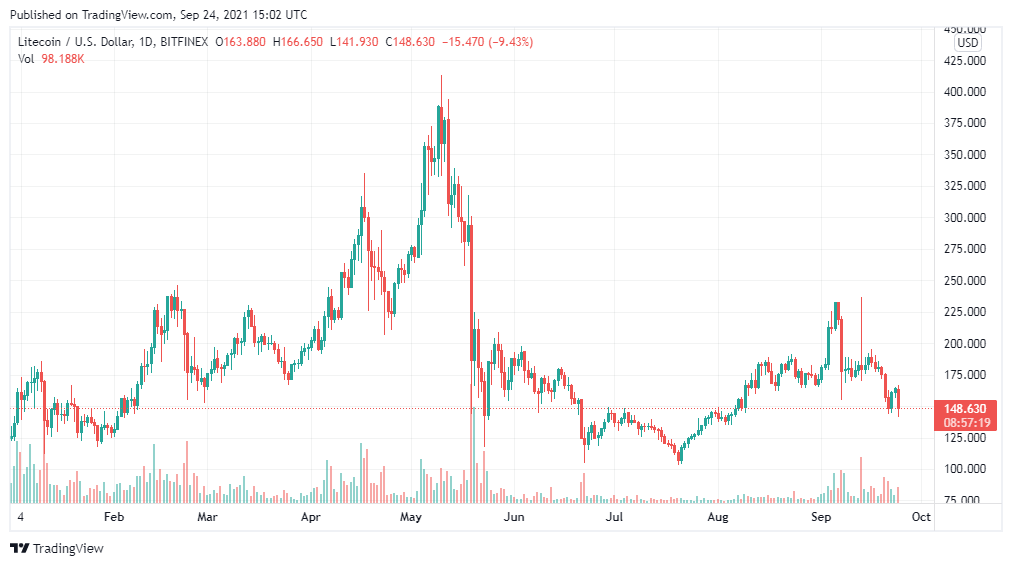