Despite SHIBA INU (SHIB) being officially launched in August 2020 as the decentralized finance (DeFi) market was making huge strides and growing exponentially, this cryptocurrency has crafted a name for itself based on its increased adoption.

“SHIB remains the top trending topic in crypto, as its major volatility and temporary relief rally have just fueled its polarized discussions.” 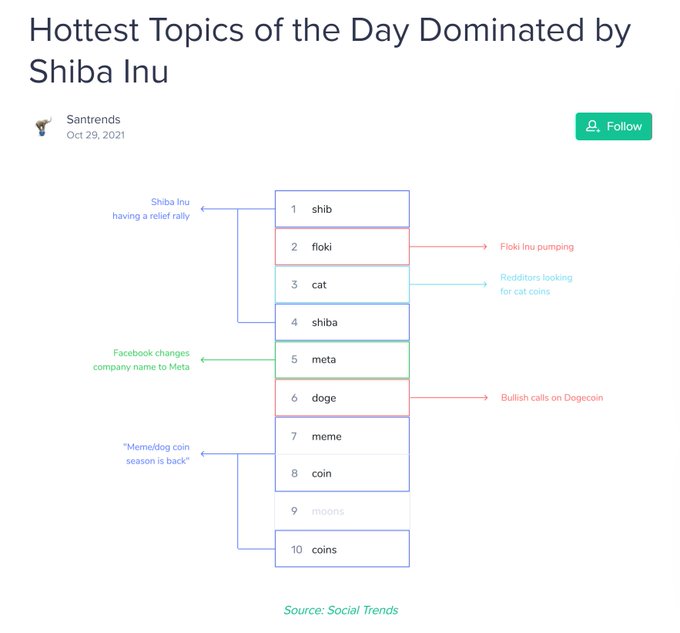 SHIB is a Dogecoin-inspired meme cryptocurrency whose popularity has enabled it to be in the top-ten list of the most valuable cryptocurrencies with a market capitalization of $35.27 billion.

Furthermore, it is the native token of the SHIBA INU network and is the first ERC-20 token to be listed and incentivized on ShibaSwap decentralized exchange.

Interestingly, SHIB is whimsically known as the ‘Doge Killer’ because of its relatively low price, which is attracting Dogecoin investors.

According to market insight provider CryptoCompare: 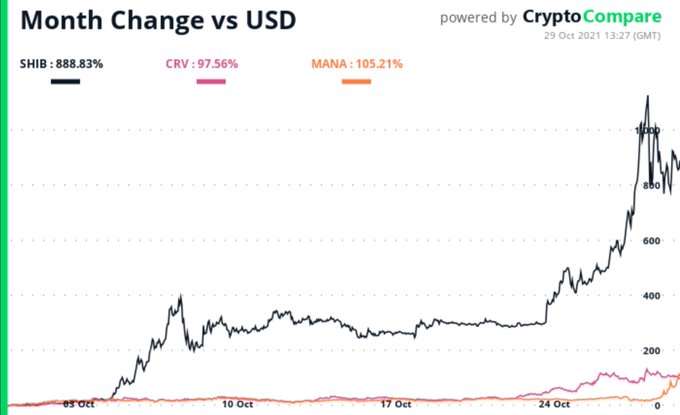 On October 28, SHIB recorded a 35.08% daily surge and had a higher daily volume than Bitcoin. 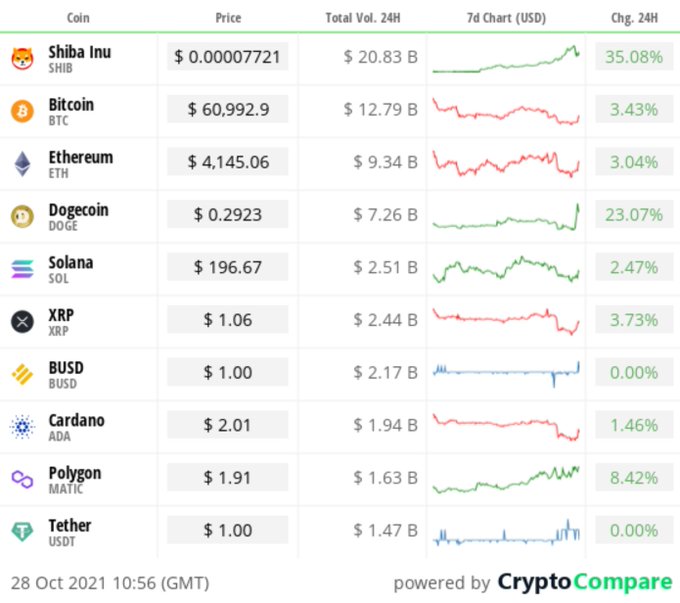 This cryptocurrency has been on overdrive because it has accomplished a 1946.11% weekly increase in May.

There are various reasons why SHIB has gained traction. First, the SHIB token’s initial starting price was relatively low. Secondly, the extremely high FOMO (Fear of Missing Out) sentiment made investors jump on the opportunity being offered by SHIB. Thirdly, SHIB surged by so much in so little time based on billionaire Elon Musk’s Dogecoin endorsement.

As the neck-to-neck battle between SHIB and Dogecoin continues, which meme cryptocurrency will emerge the victor remains to be seen.