It’s no secret that CryptoPunks have been a dominant force in the NFT landscape lately. This week, some attentive crypto community members found what seems to be a long-lost CryptoPunk vault; an EtherScan shows the account holding over 140 Punks and no activity since roughly 2017. CryptoPunks were established in June of 2017 and are widely considered as the “original NFT” project to come to market.

First seen from our team at Bitcoinist by Twitter user @TraderKoz, the seemingly dormant account currently holds 141 CryptoPunks. According to the Larva Labs leaderboard, that puts this account squarely in the top 10 in terms of CryptoPunk volume. At present time, only 17 accounts currently hold at least 100 Punks. The account tracker on Larva Labs webpage shows that the account was last active four years ago.

There is plenty of action to go around, too. Earlier this year, our team reported on a single CryptoPunks bidder shelling out over $6M in bids for various Punks.

Today, the CryptoPunks connoisseurs are left with more questions than answers here; is this account holder just a long holder, or perhaps they lost their keys? Only time will tell.

At any given time, there’s likely a new story about CryptoPunks, or a new record being broken with regards to a new Punk sale. Just yesterday, our team wrote about an unusual sale that resulted in what appeared to be an accidental transaction of a Punk – for just a penny!

According to NFT tracker CryptoSlam.io, Punks have sat firmly in the top three of NFT volume across all timeframes: 24-hour, 7-day, 30-day, and all-time. This consistent dollar volume continues to roll in, despite having a fraction of the amount of buyers relative to the usual top 5 or 10 NFT projects. Additionally, besides CryptoPunks, only Axie Infinity has crossed the $100M volume threshold in the past week.

In the past month, CryptoPunks have seen just over $208M in sales volume, conducted in just over 1,800 transactions. If we pro-rate these numbers, that brings the average per-Punk cost at just over $115K.

While CryptoPunks valuation is far from “by the book” rules, we can assume from the past 30 days of transactions that this anonymous Punk whale has a dormant account currently valued at somewhere around $16M.

Let’s hope they have their keys lying around somewhere. 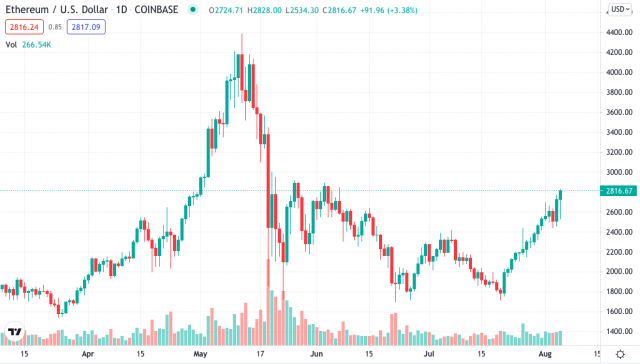