LemonDuck was first discovered in China in 2019 as a cryptocurrency botnet that used affected systems for Monero mining.

According to a new report from Microsoft 365 Defender Threat Intelligence Team, a revamped version of LemonDuck crypto-mining malware is now targeting Windows and Linux devices.

“LemonDuck’s threat to enterprises is also in the fact that it’s a cross-platform threat. It’s one of a few documented bot malware families that target Linux systems as well as Windows devices,” warned Microsoft.

Malware Can Use New Exploits

According to researchers, the threat actors behind LemonDuck malware can take advantage of new exploits almost immediately and effectively run scam campaigns. For instance, they used COVID-19 themed lures in email-based attacks in 2020. This year, they are keen on exploiting MS Exchange Server flaws to access unpatched systems.

LemonDuck is currently targeting users in China, but it is quickly expanding its malicious activities to the USA, Germany, the UK, France, Russia, India, Korea, Vietnam, and Canada.

LemonDuck was first discovered in China in 2019 as a cryptocurrency botnet that used affected systems for Monero mining. However, it has considerably evolved and has become a highly sophisticated malware strain, Microsoft researchers said in a blog post.

Furthermore, the malware activities aren’t limited to crypto mining anymore as it can effortlessly carry out serious security breaches on vulnerable systems. Some of the new features added to LemonDuck over time include backdooring, key credentials theft, disabling security controls, spreading through phishing emails, and making computers vulnerable to new attacks.

Its capability of targeting both Windows and Linux machines has made it more dangerous than other malware strains out there. 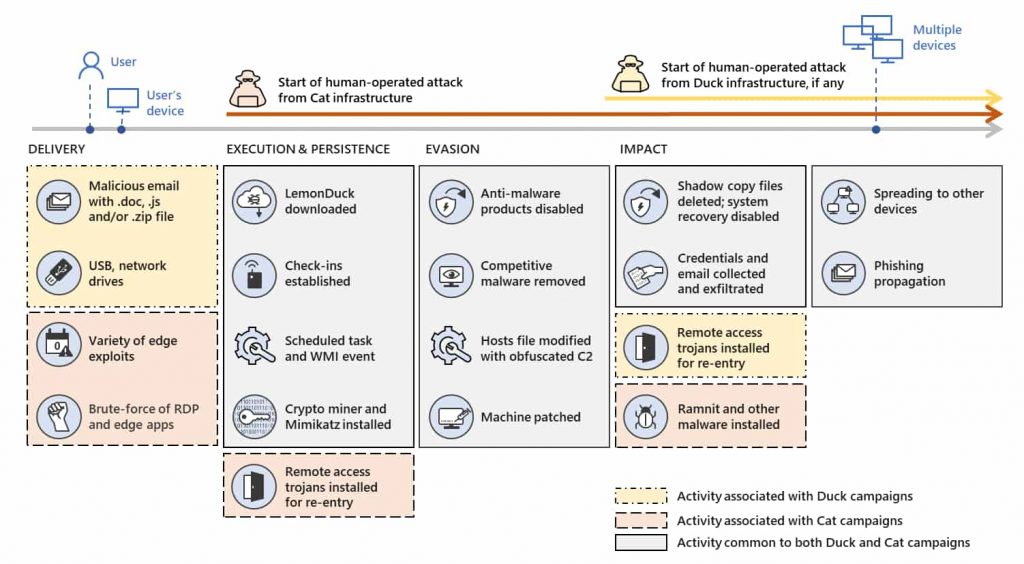 “Notably, LemonDuck removes other attackers from a compromised device by getting rid of competing malware and preventing any new infections by patching the same vulnerabilities it used to gain access,” researchers wrote.