You probably wonder why your friends HODLing Monero (XMR) have been suspiciously joyous in the last seven days. Well, you should know that the seven days were marked with significant growth for the XMR token. At the time of press, a bullish divergence was spotted on the price charts indicating that the bull run has only just begun.

As a privacy-focused cryptocurrency, Monero (XMR) through its cryptographic technologies allows its users to execute anonymous transactions. This guarantees privacy for all transactions executed through the XMR token.

What do we know about the performance of this private and decentralized cryptocurrency in the last seven days?

A consideration of the price charts indicated increased buying pressure for the token on 20 and 21 May, hence the bullish trend. The MACD was also spotted below the histogram bars with the MACD line intersecting the trend line in an upward direction. 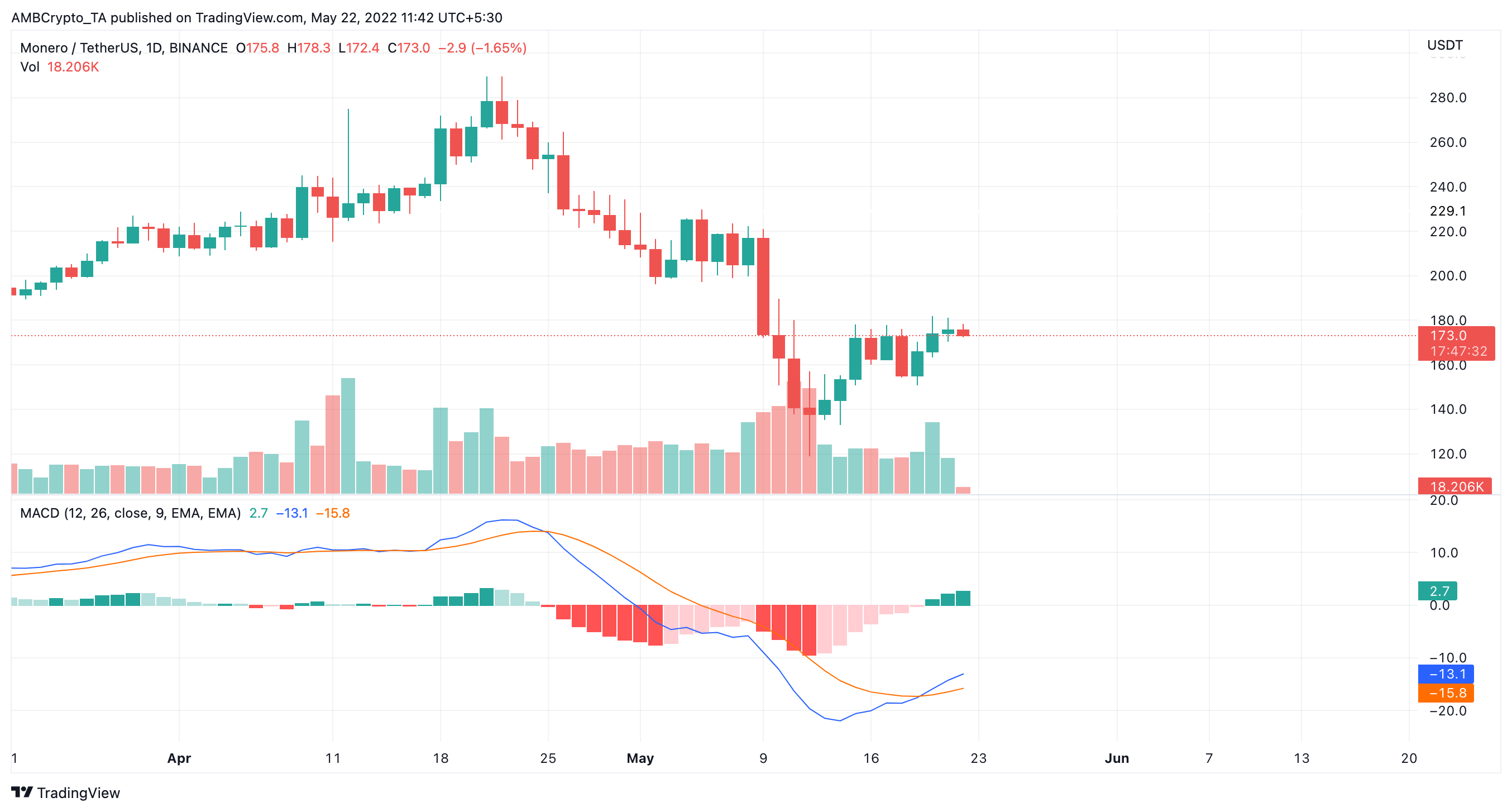 Further to this, at the time of press,  the Relative Strength Index (RSI) was trading at an upwards curve of 45, pointing towards at ongoing purchase in the market.

The market capitalization for this privacy token also toed a similar progression. In the past seven days, the market cap grew from $2.77 billion to $3.13 billion at at the time of writing.

Presenting a generally bullish outlook at the time of press, a look at the trading volume for XMR for the period under review pointed at something noteworthy.

Standing at 190.26 million on 15 May, the trading volume of the token suffered a steady decline until 20 May when it recorded a high of 234.02 million. This was then followed by a decline leaving the trading volume at 149 million at the time of press.

The period of 15 May to 20 May was marked with a spike in the price of the token, the decline recorded in trading volume might be attributed to decreased selling activity by investors further pushing the price of the coin up.

A look at data from the chain showed a decline in the developmental activity for the token within the period under the review. The token registered an 18% decline in the last seven days.