Crypto markets have been on a bearish run of late due to the recent clampdown by Chinese authorities on cryptocurrencies in the country, though some have begun to recover. Bitcoin (CCC:BTC-USD) was trading at $48,000 on Sept. 15 but lost 17% of its value before bouncing back above $50,000. Institutional investors took advantage of the market correction and bought the dip in incredible numbers. However, the dip also presented an opportunity for investors to analyze the market and determine which cryptos to sell due to offering nothing over the long term.

The Chinese crackdown hasn’t deterred investors from the crypto market looking to scoop up various cryptocurrencies at repressed rates. Altcoins have also been tracking well, but the performing ones have offered real-world utility for their owners.

Hence, here’s a list of seven cryptos to sell which you should discard from your portfolio:

Pet-themed cryptocurrency Shiba Inu is one Dogecoin knockoff that has gained a lot of popularity among meme traders. So far, it has proven to be an even more gimmicky cryptocurrency than Dogecoin, offering virtually zero use cases for investors. Moreover, investors have little insight into the track records of its founders. Hence, SHIB is nothing more than a speculative trading option.

Furthermore, Shiba Inu has tried hard to associate itself with Ethereum (ETH) founder Vitalik Buterin who it gave 50% of its supply as a gift. However, Buterin has no intention of working with Shiba Inu and using his name to advance its interests. The success of the token depends purely on hype, which makes it a highly unattractive bet.

Monero is the oldest and most widely used privacy coin in the market. It enables users to keep their transactions completely anonymous. It utilizes a wholly decentralized open-source protocol called CryptoNote. Monero uses a variety of technologies to ensure that transaction details — including the amount, the sender and the receiver — are obfuscated. Unfortunately, XMR’s status as “fungible money” has made it a favored tool in money laundering activities.

Considering the regulatory issues with cryptocurrencies, Monero will be at the crosshairs of most government agencies. The Internal Revenue Service has been seeking developers to make Monero-tracing tools to catch tax evasion. Hence, if a Monero-proof crypto tracker is in development, it renders the crypto worthless.

Dogecoin is easily one of the most popular altcoins in the market. The meme-inspired coin surged earlier this year due to social media support for the crypto along with tweets from “the Dogefather” Elon Musk. However, with an inflation rate of over roughly 4% and the lack of mainstream attention, the hype is most likely to wear away for DOGE.

One of the main reasons for the lack of adoption is that Dogecoin offers little or no value to its owners. It gained a foothold in the market for being fun and cool, and when Musk tweeted about it, the speculative boom started. Moreover, it lacks a solid infrastructure that the top cryptocurrencies such as Bitcoin possess. On top of that, with the end of the stimulus, most traders are likely to withdraw their investments from trading accounts, impacting altcoins and speculative stocks.

TRON is one of the more hotly debated cryptocurrencies due to its founder Justin Sun. Recognized in Forbes Asia’s 30 Under 30 series entrepreneurs list, he has been quite the overachiever. He even won a power lunch with the Oracle of Omaha, Warren Buffet. However, Sun has been embroiled in multiple controversies. This is perhaps why TRX is a risky long-term play.

Back in 2019, serious allegations were made against Sun in Chinese newspapers with regards to illegal fundraising. A few months later, in 2020, former employees of the Tron foundation sued Justin Sun, alleging workplace hostilities. Major Steem stakeholder Dan Hensley accused Sun of attempting to bribe him. It’s not worth it for serious investors to bet on a controversy-ridden digital asset such as Tron. 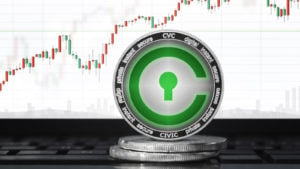 Civic is an interesting cryptocurrency that offers a unique “blockchain-based identity management solution” for its users. It gives its investors the tools to control their personal identity information effectively. Moreover, investors can access a range of services without forking over personal information.

In the long run, Civic could prove to be an effective tool in the e-commerce realm and can have multiple applications in other online fields. However, CVC hasn’t gained a lot of mainstream attention yet, which is why it is best to sell it into strength at this stage. 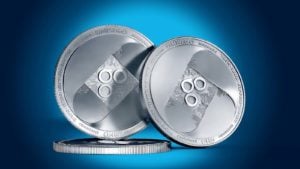 OMG has been gaining traction in the digital payments space, working directly with banks to attract new customers and develop existing products. It is essentially a layer-2 scaling solution. What that means is that it facilitates the transfer of ERC20 tokens and ETH to a secondary blockchain that is faster and less expensive than the Ethereum (CCC:ETH-USD) network.

It is incredibly efficient because it utilizes a technology called “More Viable Plasma.” The solution uses side chain architecture to group several transactions to verify them in a single go. Hence, the solution promises to reduce speeds and significantly reduce costs for its users.

However, investors need to separate OMG and the novelty of its technical architecture to assess its prospects. Several blockchain projects are offering similar use cases, which limits the long-term attractiveness of the token.

BitTorrent is known to most people as a peer-to-peer file-sharing platform. However, blockchain media network Tron acquired the platform in 2018, adding crypto functionality. Users can exchange BTT tokens for quicker download speeds and also gain access to DLive. DLive is a censorship-free blockchain livestreaming platform. BTT tokens are used for staking on the platform, offering 5% on all transactions made.

However, DLive came under fire during the Jan. 6 unrest at the U.S. Capitol Building as far-right extremists could stream the attack through the platform. Consequently, DLive plans to introduce a set of guidelines for the content shared on the platform. Nevertheless, they effectively defeat the whole purpose of a censorship-free platform.

On the date of publication, Muslim Farooque did not have (either directly or indirectly) any positions in the securities mentioned in this article. The opinions expressed in this article are those of the writer, subject to the InvestorPlace.com Publishing Guidelines.

Muslim Farooque is a keen investor and an optimist at heart. A life-long gamer and tech enthusiast, he has a particular affinity for analyzing technology stocks. Muslim holds a bachelor’s of science degree in applied accounting from Oxford Brookes University.

The post 7 Cryptos to Sell for October appeared first on InvestorPlace.