When AMC Entertainment (NYSE:AMC) announces that it’s planning to accept Dogecoin as a payment method, it might seem odd to write about cryptos to sell. If you bear with me, I’ll try to do my best to make my case. It’s not as bearish as you think.

The crypto market got a shot in the arm (as if it needed one) from Bank of America (NYSE:BAC) last week. In the bank’s “Digital Asset Primer,” it predicted that cryptocurrency was only in the first inning and that the industry had “become too large to ignore.”

Part of the reasoning for that bullish outlook comes from the interest of institutional investors. In the first half of 2021, the “smart money” piled over $17 billion into the crypto market. That number dwarfed the $5.5 billion it purchased in all of 2020.

I’m not (currently) a crypto investor. But if I was, I would welcome an open-minded look at the market. Every asset class has winners and losers. And that list can change based on any number of events. So why should it be different for cryptos? My answer is it shouldn’t be.

If investors accept the idea that there are cryptos to buy, then there are also cryptos to sell. And so without further ado, let’s take a look at seven cryptos that may be in for a rough year in 2022.

Topping this list of cryptos to sell is Monero which is widely used as a privacy coin. Essentially, Monero allows transactions to be processed with the details hidden from view. It doesn’t take a mental leap to see why that might attract the attention of individuals who may want to use the money for nefarious purposes.

And that means Monero is in the crosshairs of President Joe Biden’s administration. One of the controversial regulations being floated by the current administration is the ability of the Internal Revenue Service (IRS) to “peek” into qualifying bank accounts for activity that could be construed as tax evasion.

The pandemic, and its associated stimulus payments, helped spur the popularity of cryptocurrency. One reason, and perhaps the only reason for such a measure, is the concern the IRS has expressed about taxpayers incorrectly reporting cryptocurrency transactions. And they’re putting their money where their mouth is by offering to pay developers to crack the code for privacy coins.

The logical question to ask is why? And that’s where Tron fails to live up to its hype. On its face, there is a case for TRON, which is the token that supports the blockchain-based operating system of the same name. The creators say the network can handle up to 2,000 transactions per second, which would dwarf Bitcoin (CCC:BTC-USD) and Ethereum (CCC:ETH-USD).

But there’s no indication that performance is driving the current price activity. It simply appears that TRON is benefiting from being the flavor of the month. But appetites change. I know that cryptocurrencies don’t necessarily need news to move higher, but hype – like hope – is not a strategy.

I’ll admit when it comes to cryptos to sell, Dogecoin may fall under the category of wishful thinking. I’ve never been a big fan of DOGE, but that doesn’t mean anything. The digital coin that cut its teeth as a social media currency has many crypto investors wagging their tail this year.

To be fair, it’s not like there isn’t a reason for that. As I mentioned in the introduction, AMC Entertainment is making plans to accept DOGE. And Mark Cuban, owner of the National Basketball Association’s (NBA) Dallas Mavericks has said the team will begin to accept DOGE as a form of payment for tickets and merchandise. Cuban is well known for having a position in Dogecoin. So it stands to reason that he wants to do what he can to see the coin succeed.

If Dogecoin develops use cases it would be a bullish sign. However, when the creator of the coin expresseed concern about the coin’s $1 billion market cap in the absence of any recent software update, it should be a concern. Now, after it’s unrivaled wave of hype at the beginning of the year, the coin sits at a lofty $30 billion market cap with no real updates in sight.

People are going to come away from this thinking I don’t like dogs. Well, I am a cat owner, but that’s not the point. I don’t like investments in coins based on dogs and that’s the feeling I get when I look at SHIB. That may seem like an odd statement since I’m writing this during a week in which the altcoin has appreciated 300%.

I can’t get too excited about an altcoin that can see its value rise because Elon Musk tweets out a picture of his puppy. But that’s where we are. And with Dogecoin recently starting to lose a little luster, there needed to be another meme coin to take its place. However, whereas Dogecoin is at least attempting to come up with use cases, that doesn’t seem to be the case for Shiba Inu.

Of course another key reason that Shiba Inu is likely to disappoint investors is that it has an anonymous founder and has “gifted” Ethereum founder Vitalik Buterin 50% of its supply as a publicity stunt that has largely backfired.

I find it difficult to put Stellar Lumens on this list of cryptos to sell because I like its use case. However, it’s when I think about the company’s use case that I have to cast a critical eye. I’m a big fan of a unique selling proposition. When a company gives investors a reason beyond price to buy its stock, (or in this case its coin) it’s a bullish sign.

So how unique is the use case for Stellar Lumens?  Currently, Stellar Lumens focuses on cross-border transactions for the unbanked. That sets it apart from Ripple (CCC:XRP-USD), which largely focuses on cross-border transactions between banks and other financial institutions. However, as my InvestorPlace colleague Brenden Rearick wrote, its outreach to the unbanked is not a very large moat. With Ripple being six times larger than Stellar, it does seem like it’s only a matter of time before Ripple sets its sights on Stellar’s target audience.

With Ripple currently embroiled in a lawsuit, this may not happen right away. But you may want to book your profits with XLM and walk away before it loses this advantage.

In researching cryptos to sell, it was fairly easy to put SafeMoon on the list. Despite a market cap of nearly $1 billion, the coin has a value of exactly zero at the time of this writing. And in the world of altcoins, that’s saying something particularly when SafeMoon claims to have “The Fastest Growing Crypto Community on Earth.”

In addition to having no clear utility, the altcoin is difficult to buy and sell. There are more detailed issues about SafeMoon that you can read in the previously quoted article by InvestorPlace writer Brendan Rearick.

Still the company continues to push out updates including a beta version of the wallet it promised. I suppose there’s a possibility that the altcoin could surprise in 2022, but that’s not a bet I’d be willing to take. I’ll never pretend to be a crypto expert, but with a cash value of zero, I need to see much more from SafeMoon and you should as well. 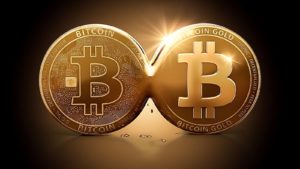 Indeed, Bitcoin Gold, which is a hard fork of Bitcoin, is a place for developers to experiment while using a protocol similar to Bitcoin. That actually makes the cryptocurrency more like Ethereum.

On the date of publication, Chris Markoch did not have (either directly or indirectly) any positions in the securities mentioned in this article. The opinions expressed in this article are those of the writer, subject to the InvestorPlace.com Publishing Guidelines.

Chris Markoch is a freelance financial copywriter who has been covering the market for seven years. He has been writing for InvestorPlace since 2019.

The post 7 Cryptos to Sell Before They Implode in 2022 appeared first on InvestorPlace.