After some of the largest US companies released strong earnings results during the past few weeks, investors are now turning their focus to macroeconomic fundamentals.

Stocks rallied on Friday after a better-than-expected increase in US as job growth accelerated in July by the most in almost a year. In addtition, the declined, showing strong momentum in the labor market as the economy reopens. The climbed to another record, led by  and .

Should this pace of employment continue, it could bode well for corporate earnings in the second half of the year, which has helped propel stocks to record highs.

Amid this positive environment for stocks, below is our list of three significant earnings announcements, scheduled for the week ahead, that could provide some insight into how companies foresee the coming months, especially when the Delta variant is threatening reopenings in some regions:

Coinbase (NASDAQ:), the US’s largest cryptocurrency trading exchange, will release its second-quarter earnings on Tuesday, Aug. 10, after the market close. Analysts, on average, expect the company to report $2.71 a share profit on sales of $1.73 billion.

Since its initial public offering in April, Coinbase has been a very volatile stock as the cryptocurrency markets go through a major correction. Coinbase’s is built almost entirely on the performance of and , which have fallen from their peak this year. Nevertheless, both digital tokens have reversed from their lows during 2021 and have been moving higher in recent weeks.

The ongoing volatility in the market, China’s crackdown on fintech and other technology companies, and the possibility of regulatory actions directed at digital currencies in the West may hurt the company’s revenue going forward, according to some analysts.

Disney (NYSE:) reports earnings for its fiscal 2021 third quarter after the closing bell on Thursday, Aug. 12. Analysts are expecting $16.76 billion in sales and $0.54 profit per share.

If analyst projections are right, the surging sales in Q3 will be an for the House of Mouse which took massive losses during the pandemic when its core travel businesses—theme parks, cruises and hotels—faced closures and capacity restrictions. 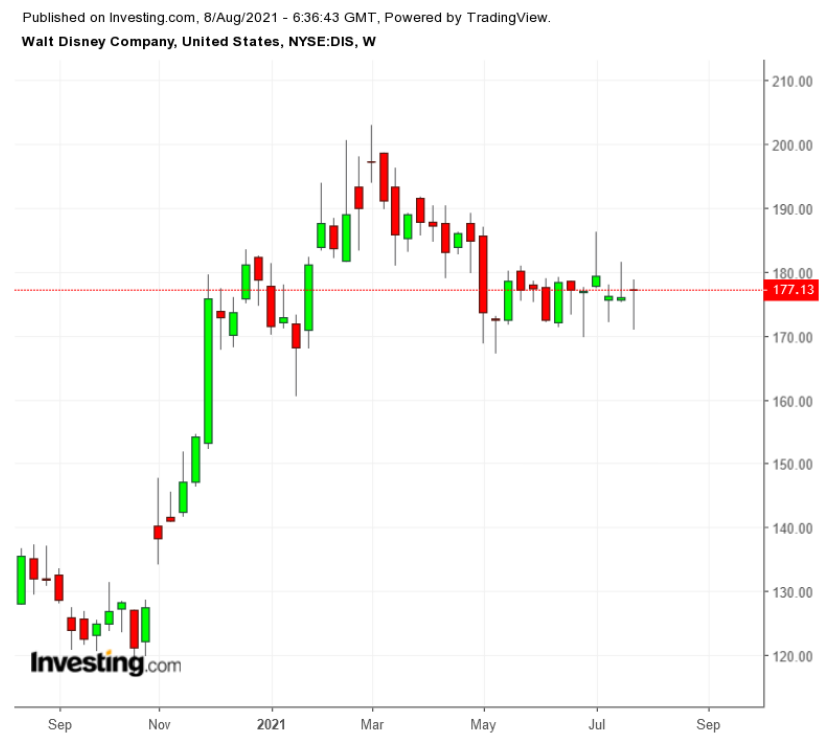 As the economic reopening possibly hits some speed bumps because of worldwide, and Disney’s parks coming back to their capacity slowly, investors will also zero in on subscriber growth in the entertainment giant’s streaming service, Disney+, which was benefiting from the stay-at-home environment.

Shares of the Burbank, California-based company, however, didn’t move much this year on concerns that the boom in its streaming subscriptions is already over. The stock closed on Friday at $177.13, close to the same level at which they traded at the beginning of the year.

The home-rental platform Airbnb (NASDAQ:) will report its Q2 earnings on Thursday as well after the market close. Analysts forecast a loss of $0.36 a share for the period on sales of $1.26 billion. 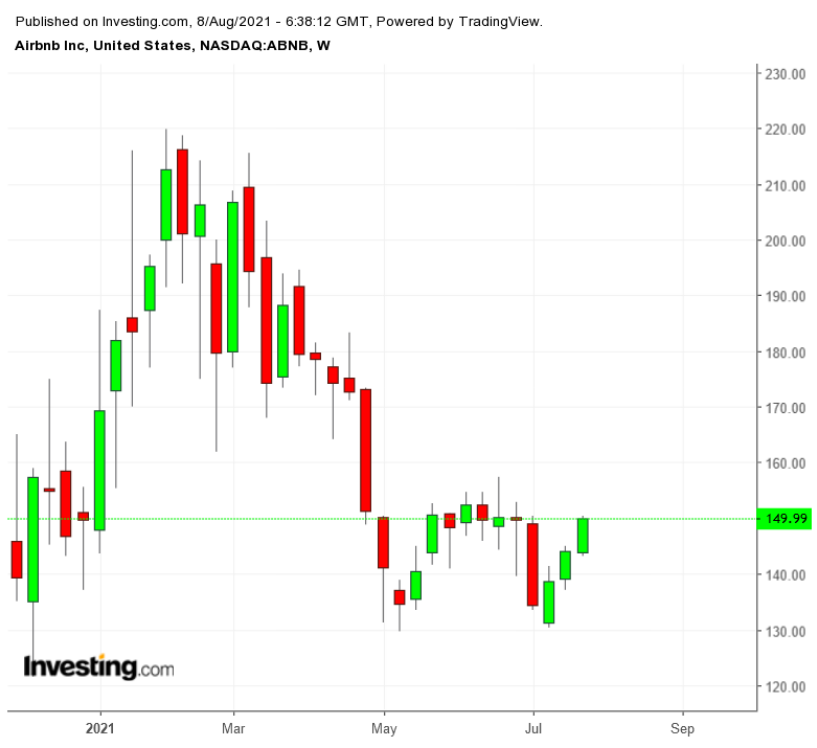 After the economic reopening this spring, results from the San Francisco-based company might show demand for guest stays, ABNB’s core service, is coming back gradually as more people seek to travel.  Airbnb was among the during the pandemic and almost shelved its IPO plans in December as demand for its rentals plunged. By April last year, room bookings and experiences had dropped by 72%.

But accelerating vaccine rollouts in the developed world should increase the number of bookings during the summer, prompting some analysts to predict that the worst might already be over for the travel giant.

Despite this optimism, Airbnb stock has gained little this year, closing on Friday at $149.99, a result of the risks of an evolving pandemic when the more dangerous Delta variant is spreading fast.