We live in turbulent times. In a world where our behavioral data has rendered us the product, “privacy” has become synonymous with “freedom”. Yet, corporations and governments are impinging on those freedoms with no constraint in sight.

Since you’re reading this guide, I’m going to assume you have a strong suspicion to anybody lurking from the shadows with prying eyes. And if you thought Bitcoin gives you privacy enough, think again.

That’s because Bitcoin, as well as most other cryptocurrencies, are not anonymous, as is widely believed. They’re pseudonymous! Without going into Byzantine Fault Tolerance in game theory, Bitcoin basically works by ensuring that all the other participants on the public blockchain hold an append-only ledger as well.

Because everyone’s ledger data must be 100% synchronized, all wallet addresses and every single crypto transaction ever executed are publicly accessible to view. So say, for instance, that you apply for KYC (Know Your Customer) verification to use a crypto exchange like Binance or Coinbase, once your Bitcoin address is tied to your identity, all your financial transactions can be tracked with ease.

Kind of crazy how fast you can lose your privacy, right?

Enter privacy coins, but what are they, and why were they created?

Privacy coins are cryptocurrencies that were created to place the privacy element front and center. Many OG crypto heads, like those in the cypherpunk movement, are ardent supporters of privacy. They believe that financial privacy is a fundamental and non-negotiable attribute of sound money.

Privacy and freedom are strong political attributes we associate with money in general. No one wants governments, large corporations, and financial institutions to track how much money we have, and how we’re spending it.

They are legal in most countries, but there is a risk that they’ll be banned in the future. And I say “most countries” because places like South Korea and Japan have already gone ahead and banned it. If you thought Bitcoin is a threat to fiat money, then wait till you wrap your head around privacy coins.

So how do they work? 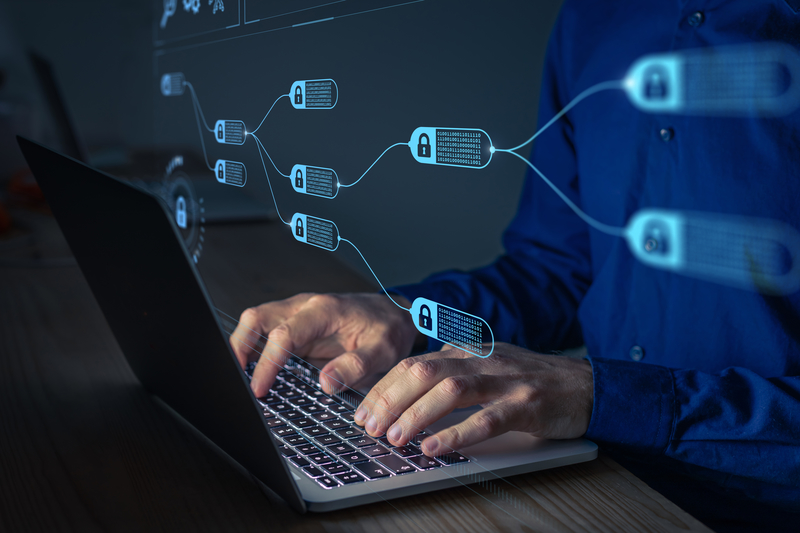 Privacy coins don’t all work the same way. Each team behind a privacy coin devises what they believe to be the best strategy to maintain user privacy. They achieve this by combining various state-of-the-art cryptographic primitives with cryptography research.

Let’s cover three of the most popular privacy coins and the tech behind them.

Here’s a breakdown of these technologies:

Combined, these features grant Monero a high level of privacy.

Much of the Monero team remains anonymous today. Thus far, the team has managed to roll out updates every 6 months. The Monero developer community isn’t monolithic though. Instead, it’s organized into workgroups according to their respective expertise.

Did I mention that Monero is based on the Proof-of-Work consensus? (Pssst! That means it’s mineable. And you can read more about mining Monero here.) 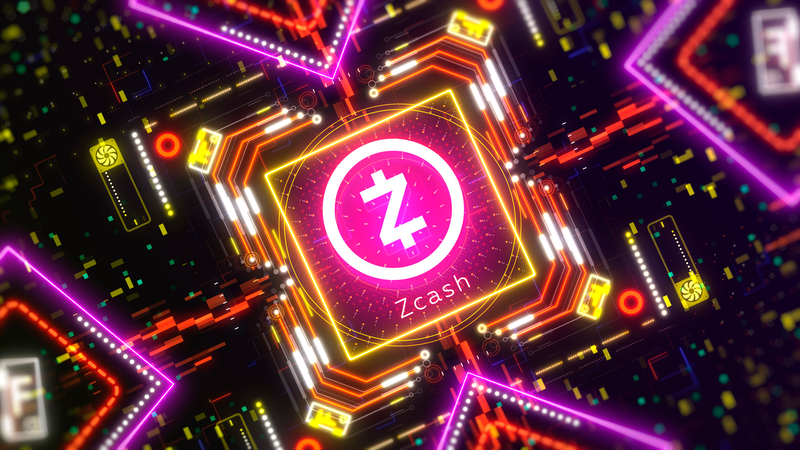 Similar to Monero, Zcash also uses a version of the non-interactive zk-proof, known as “zk-SNARK” (Zero-Knowledge Succinct Non-Interactive Argument of Knowledge). You can think of zk-SNARK and bulletproofs as cousins that function in a similar manner, but use different methods to construct a proof.

Unlike other privacy coins, Zcash senders can also include private memos in shielded transactions. (Can’t do that with Monero!)

Zcash is unique because it offers fully private and fully public transactions, allowing users to make certain transaction details public, while obfuscating others. In reality, a vast majority of Zcash’s transactions are public. This has raised concerns that a third party can identify private transactions by process of elimination. 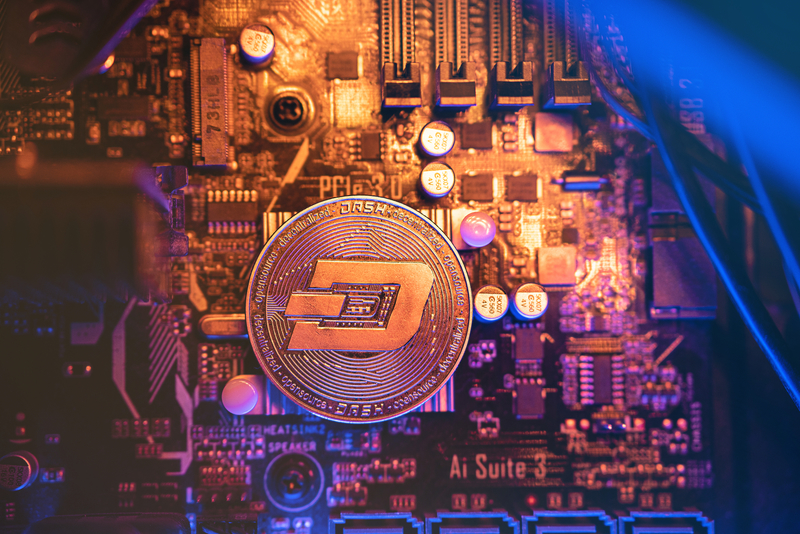 Dash is a special case. The Dash Core Group has made sure to let you know, on many occasions, that Dash is NOT a privacy coin. (“You still don’t get it?!” They yell on occasion into the crypto void. “For the last time, we’re not a privacy coin, okay!?”)

Dash is, in fact, a coin that prioritizes user utility above all else. That’s why Dash provides privacy as an optional feature for its privacy-oriented users. This feature is called PrivateSend. (Note that using this optional privacy feature incurs higher transaction fees.)

Because Dash prioritizes user experience and utility, its mixing approach may be deemed unsatisfactory for the most ardent privacy coin users in the cryptoverse. 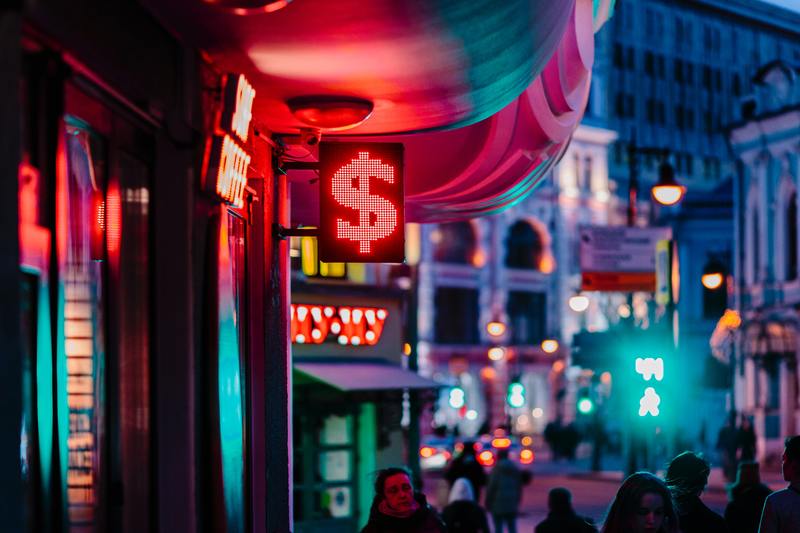 The risk of privacy coins arises directly from its core appeal of being able to obfuscate all transactions. This gives rise to the potential for privacy coins to be utilized by bad actors for illicit activities and financial transactions, and making it almost—if not outright impossible—for law enforcement agencies to identify a money trail. That’s why authorities are generally unreceptive toward privacy coins, and state organizations like the IRS have published six-figure bounties to “crack” coins like Monero.

Given the negative stance from authorities, cryptocurrency exchanges also generally take a cautious approach when listing privacy coins. Certain exchanges that used to offer privacy coin trading pairs have also delisted them. Moves like this one directly limit the number of avenues where a user can exit or liquidate their privacy coin holdings, thereby potentially reducing the appeal of privacy coins for the average cryptocurrency user.

That’s not to say that privacy coins are without their fair share of criticisms. Monero is, after all, the most popular coin in demand by those who carry out illicit activities. Other than ransomware, illegal activities include financial crimes like money laundering.

Whatever your thoughts about privacy coins, one outcome looks certain:

Privacy coins are here to stay, and privacy will come to occupy a more central role in our lives in the future.

Valerio is a blockchain and cryptocurrency writer, and founder of the Freelance Copywriter Collective. He lives in Chiang Mai with his life partner and dog.